Posted on August 22, 2017 | Leave a comment
On Saturday, Aug 19, I read my book, Rosa and the Red Apron to a group of Girl Scouts at the Lowe’s Food in Monkey Junction in Wilmington, NC (Lowe’s obtained permission to use photo on FB) . Thank you, Alexandra , for inviting me!
It was a fun way to spend a morning.
We had such a good time! The girls enjoyed acting out the book with me as I read it. We did not have time to talk much about writing–Lowe’s had arranged a wonderful cookie decorating session for them–yummy!
I am available to speak to scout groups on writing, on cooking, on story performance and speaking! I have some dates left before the end of the year. More open in January and February! 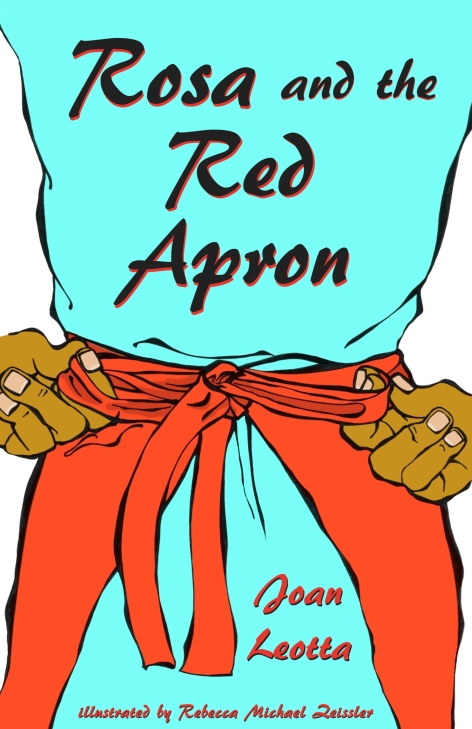 Look for my Ad!

Did you catch my ad on WOW? Or someplace else? If you purchase a copy of any one of my picture books this month, please tell me where you found out about the book, send me a copy of your receipt and I will enter you into a drawing to win one of the other four (my choice of book) in paper or eform (kindle, bn, other) according to the format you purchased.

email me at: joanleotta@atmc.net with your receipt!

Teachers Can and Do 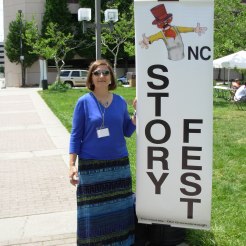 I always hated, and never believed,  that old chestnut that teachers are people who cannot actually do what they teach–nonsense! Teachers are those who share with us the technology (so to speak) of the art or craft  they have fallen in love with. They want to share with us what they love, share the how-to and the mystery of it.

They become educators when they draw out of us our desires to pursue a field to the limit of our ability, usually thanks to their support, inspiration, and ministrations of technique and method.

As a working journalist, story performer and more I want to share with others what I have learned and to inspire others to follow their dreams in whatever field they desire–esp in

writing and story performance. Yep, I talk and write for audiences. It’s that simple!

This month I have had the opportunity to be a teacher and to share my love of these two modes of communication on Donna Washington’s Blog, in Ruby for Women Magazine (writing only in that one. March starts a three-part series for those who want to get started in writing) and here, on this blog by reminding you that I have two new publications out this month–My children’s book, Rosa’s Shell and my book of poems, Languid Lusciousness with Lemon.

PS Today the literative.com site has one of my writings up as the prose winner of their winter contest!

Do check it out!

Please do contact me and let me know if you would like me to come! Those who do, if they are fortunate enough also share what they know by teaching!

Good Things Worth Waiting For

Finishing Line Press has informed me that my book will be at least 8 weeks late–today is the day it was supposed to come out.

I just got my galleys on Monday and am sending them back on Tuesday the 17th, checking  and rechecking.

It’s not even ten am yet and already I have been hard at work on the computer, but am not yet dressed!

First thing–saw that Silver Birch has posted my poem What we took with us when we moved, as a part of their moving day series–warning, this one is sad.

Here’s a link to the post. Thank you!
https://silverbirchpress.wordpress.com/2016/08/25/what-we-took-with-us-when-we-moved-away-poem-by-joan-leotta-when-i-moved-poetry-and-prose-series/
Then, I opened my gmail account and there were the page proofs for Summer in a Bowl!!!!
Amazing work by the artist Rebecca Zeissler.
Countdown to publication day of September 30!!!!!!
You can order the book now , pre-order on THEAQLLC, Amazon and BN
Those who pre-order before the launch date of September 30 can email me a copy of the receipt and be in a drawing to win a copy (signed) of the first book in the series, WHOOSH!
There is a recipe in the back of this one and gardening tips
Excitement!!!!!!!

C. Hope Clark’s newest series is set in one of my favorite places in all the world–Edisto Island, SC. We spent many happy holidays there as a family and Joe and I welcomed the new Year there for several years running. The place is magical. And if we are to believe Hope there is mystery lurking in every corner as well.

Never fear, Hope’s heroine solves all the mysteries and the miscreants are punished. Of course, what happens when a good mystery is solved? Celebration! And there is no better way to celebrate than with a meal of Edisto shrimp. Hope has shared heroine Callie’s fave recipe with us in this post–you may not be able to buy Edisto shrimp where you live, but do look for the freshest, wild caught domestic shrimp you can find. 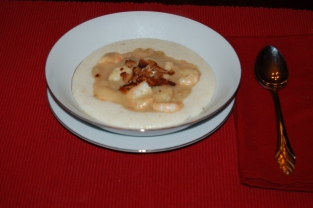 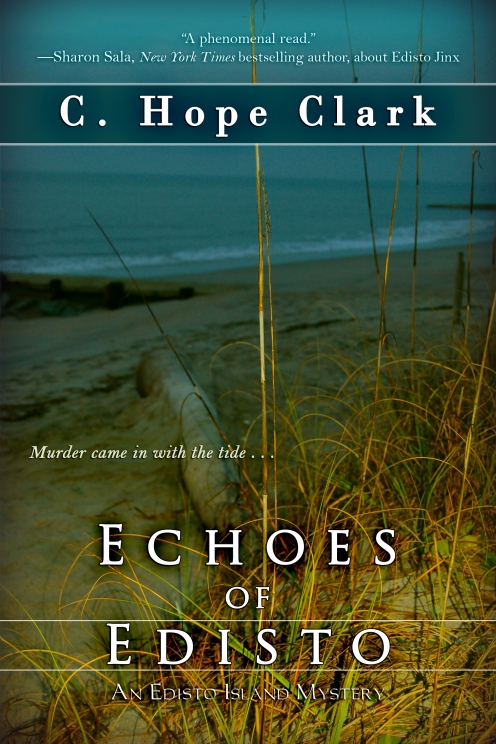 Writing a mystery series set at a beach I am often enticed to visit the coast and as many seafood restaurants that my stomach can bear. In South Carolina, we do mainly shrimp and crab with a wide assortment of fish easily caught off our shore. While I could eat my weight in crab, one of my absolute favorite coastal recipes is shrimp and grits.

Non-Southerners often turn up their noses at grits, but just let them taste them in this concoction, and man-oh-man, their tongues will slap their faces silly wanting more. Every dignified South Carolina eatery has a shrimp and grits recipe on the menu, each with a spin or twist of its own, some almost too rich to finish.

In my newest release, Echoes of Edisto, (released August 5, 2016), with all that I throw at Callie Jean Morgan, she needs this sort of comfort food. Something to coat her belly, relying on the harvest caught in her beloved Edisto waters. Food from her home territory she loves so dang much.

Echoes is the third in the Edisto Island Mysteries, and the South Carolina coast is learning to love the stories. Information about the books greets every Edisto tourist in their rental, a local magazine keeps a feature ongoing about the series, and every single visitor’s center in South Carolina contains an Edisto Beach Tourist Guide which flaunts the Edisto Island Mysteries.

So let me introduce you to shrimp and grits, to entice you to visit . . . and pick up the books. This recipe is one I learned on Edisto Island, which I’ve adjusted a bit for my own taste so that you never fail to lick the bowl clean.

Black pepper (by taste and optional)

6 tablespoons bacon drippings (or half bacon droppings / half olive oil)

Peel the shrimp, careful with removing all shell and legs, and place meat in bowl. Drizzle with lemon juice. Salt, pepper and cayenne to taste. (NOTE: the saltiness in the shrimp and roux is the reason you avoid the salt normally cooked into grits.) Let set so flavors mingle.

In a skillet, cook enough bacon to make 6 tablespoons of drippings, 6-10 slices depending on the fattiness of the bacon. Remove bacon. Sauté onion and banana and/or bell peppers in the grease, medium heat, until translucent. No more than 10 minutes.

Gradually sprinkle flour over vegetables, stirring in one tablespoon at a time to avoid lumpiness. Stir constantly. Stir all for 2-3 minutes until browned.

Add shrimp, liquid and all, to skillet. Add 1 ½ cup broth gradually, stirring constantly, letting liquid mix well with the browned flour. You’ll see the soft brown gravy start to happen. The shrimp should turn opaque and pink after 2-3 minutes. Add remainder of broth, if needed, to thin the gravy and avoid lumping.

Either start grits halfway through this process, or complete roux and set aside to remain warm, but do not fix grits in advance of the roux. You want the grits to be fresh, hot and creamy. Bring water to a boil then add grits. Lower to medium-high and cook for about 15 minutes, stirring occasionally to avoid sticking. Once completed, add the cream and stir for another 2 minutes. Remove from burner.

Put grits in a bowl. Ladle roux in the center. Sprinkle with crumbled bacon.